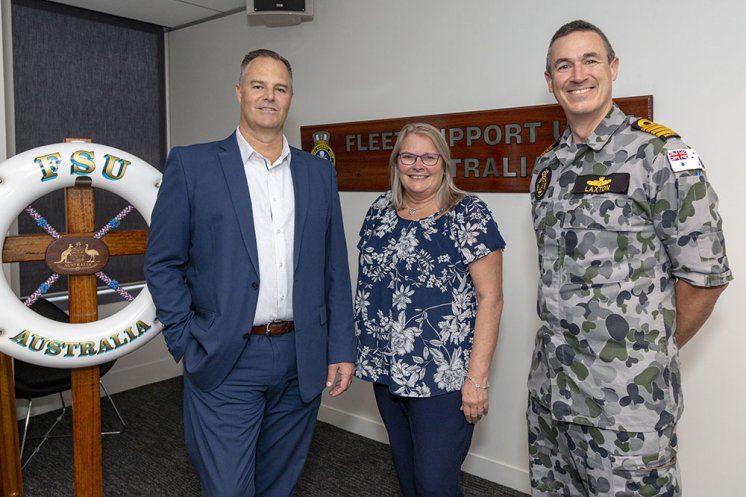 Willyama is proud to have delivered significant cost savings and increased productivity to Navy’s Fleet Support unit during Project Mutatio.

While Willyama was originally engaged on a four month contract during 2017, we’ve now been retained to see the project to it’s end during late 2019.

Fleet Support Unit is Navy’s largest on base organisation with locations across Australia, they’re a major provider of sustainment services to the Royal Australian Navy’s Fleet.

Several years ago, Fleet Support Unit began a major transformation program of work with the centrepiece being Project Mutatio.

Project Mutatio involed the creationg of an intergrated maintenance, production, planning and control tool (IMPPACT) that identifies all of the dependencies requiered for Fleet Support Unit to take on and complete work tasks.

This shop floor data collection system allows for nationally based integrated planning, oversight of supply and demand and removes the ‘silo’ regional approach by using a national system.

In February 2017, Mr Rod Thompson commenced as the Project Manager for Project Mutatio after a procurement exercise was conducted under the Commonwealth Indigenous Procurement Policy.

“Mr Thompson’s knowledge and understanding of the requirements of this project and his ability to bring to fruition the deployment of IMPPACT and its supporting processes on the Defence Protected Network has been critical to the success of the project,” — Executive Director of Fleet Support Unit, Captain Greg Laxton

Since then, Mr Thompson has been integral in working with a range of stakeholders, as IMPPACT is a new tool in so many ways this has necessitated a great deal of engagement and education within different parts of Defence.

Mr Thompson said the Indigenous Procurement Policy had created opportunities for Indigenous businesses that wouldn’t have been possible before.

Mr Thompson admitted that it hadn’t always been an easy job.

He said he’d previously had his fair share of challenges, which balanced some of the big wins.

However, he said that watching the evolution of IMPPACT within the Fleet Support Unit had been impressive.

“A solution to an internal workforce problem which cost $4.9 million to implement has significantly contributed to $18.9 million in saving offsets for 2018, with 2019 savings projected to be even higher,” Mr Thompson said.

Fleet Support Unit as an organisation has seen such a remarkable turnaround in savings and efficiency that it has also enjoyed a rise in prestige within the Navy over the last few years.

A strategy focused on Defence Indigenous Procurement was released in late 2018 and Navy is committed to this policy, and is looking forwarding to working with more indigenous companies into the future.

“The increase in spending with the Indigenous sector has been remarkable across all of Government – Defence in particular,” Mr Thompson said.

“Hopefully the Indigenous Procurement Policy is a catalyst for an increase in Indigenous employment and that in turn assists in ‘Closing the Gap’,” he said.